We built this city

I have to confess to have not heard this year’s Christmas number one, We Built This City On Sausage Rolls by Ladbaby, although I can imagine well enough how it goes. It’s a nice little play on words, basically a novelty record which has been made to raise money for the Trussell Trust. I doubt very much that I would see much musical merit in this version of a song I couldn’t stand Starship’s original, but the message is far more important.

In my world, I’m not aware of anyone I know who uses a food bank. My world is comfortable working class, moving up to affluent middle class. There is little talk about food banks because, well, it’s not in our world. Outside of my little bubble, it’s different.

A recent study revealed that one in ten young parents used a food bank, young being under 30. I definitely believe that. In one recent job, I visited food banks with people who had nothing and it was both moving and upsetting. Moving to see the efforts of so many people who worked for nothing to help people who had nothing and upsetting to see people asking for food to eat on the grounds that they had none and had no money to buy any.

What’s changing is that many of those using food banks work for a living, the working poor. While it is true there are more jobs out there than ever before, it is also true that a very high number of them are low paid, often with irregular hours or zero hours or not enough hours. Lose a good well paid job these days and unless you armed with a good university degree or are highly skilled in the right areas, you may end up in one of them. Which leads me back to We Build This City On Sausage Rolls.

I rather think that when food banks were initially set up, many of us thought they were a bit of a gimmick. I know some people thought they were just there for freeloaders and benefit scroungers. We’ve moved on from that state of mind. In this still very rich country, politicians have chosen a situation whereby food banks are essential to stop people starving. It is the same government that finds it acceptable that people sleep on the streets. And food banks have come about because we elect politicians who don’t care. So, it’s our fault, too.

We Built This City On Sausage Rolls may not be the best song in the world but just remember that the proceeds are going to fund food banks. The next thing we do is to tell politicians that we should be better than that.

The blog of the artist formerly known as Eclectic Blue. My views and mine only. 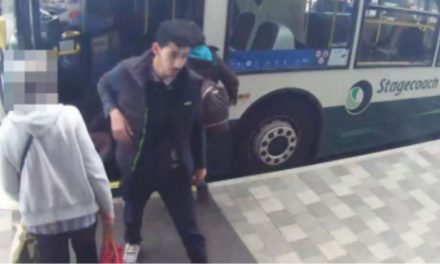 Still on the line